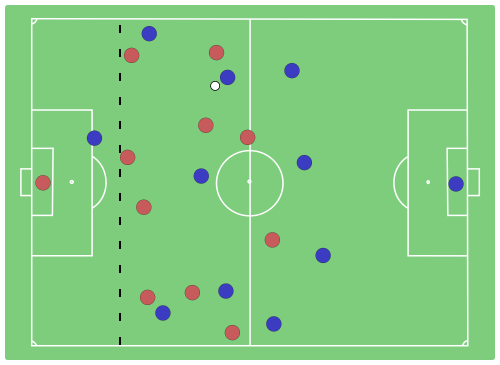 In less than two games the World Cup has already brought one thing to light. A lot of people don’tÂ understandÂ offside rules. I think it’s safe to dub it the single most misunderstood rule in all of sports, partly because it differs so much from sport to sport.

A player is in an offside position if he/she is in his opponents’ half of the field and is nearer to his opponents’ goal line than both the ball and the next to last opponent. [source]

A player is on the wrong side of the line of scrimmage when the ball is snapped. This foul occurs simultaneously with the snap. [source]

There used to be an offside rule, but it was abolished in the 1990s. [source]

This is not actually a rule of offense, but instead is used to describe the formation of players on the field. [source]

One rule, same name, so many definitions.