AOL’s new logo is out, and it’s lame. The reaction to the announcement has spanned the emotional spectrum from stupefied and frustrated to supremely amused and disappointed. I think it can be summed up in one word. Fail. 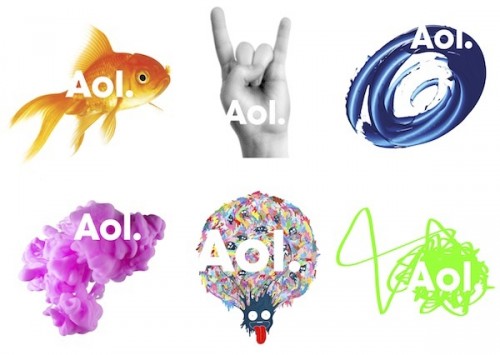 Update: This may explain some of it.

And it looks like Coca-Cola learned from the failures PepsiCo made with the rebranding of Tropicana. 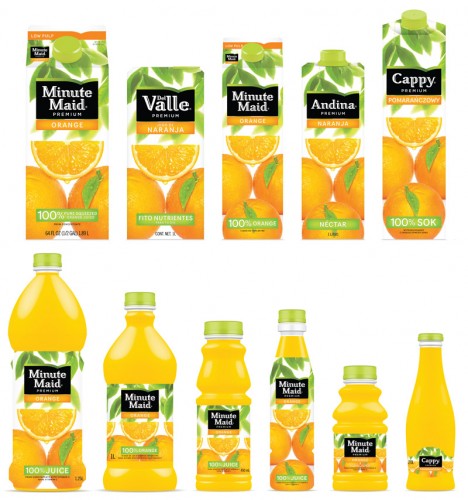 Trademarkia makes searching the annals of U.S. trademark filings since 1870 Â much easier and more enjoyable.

The devil is in the details

I’m often intrigued by the redesigns of large brands done by big agencies that end up being little more than tweaks. ITT Corporation‘s rebranding by Landor in 2007 comes to mind. It ended up boiling down to the change of a single PantoneÂ® number and expanding the kerning of the letters in the logo. More recently there’s the rebranding of Pfizer by Siegal+Gale, which is nothing more than a typeface change, tilt of the oval and introduction of a gradient.

The most striking part of these types of rebranding, and these two examples, is how significant of an improvement these small changes make. They’re sometimes scoffed at and criticized with arguments similar to the “my six-year-old could’ve painted that” barbs that are often hurled in the direction of work by artists like Jackson Pollock. But to an objective eye, they’re perfect examples of just how important every little detail is.

Words from some of the great ones

Some thoughts on art, pharmacy teaching, citizenship and aging from Milton Glaser.

And some thoughts from Paul Rand on the importance of graphic design and the value of designers to the business world and what he loves about his job.

Then there Jobs, Steve, on Paul Rand.

The cola war isn’t over

An image comparing the brand history of Pepsi and Coca-Cola with a slightly skewed and historically inaccurate perspective has brought the cola war back as a topic of discussion. As usual, cialis you can count on Brand New to straighten things out.

Nickelodeon fails to fix a brand that wasn’t broken

I don’t understand why Nickelodeon felt the need to rebrand themselves. Especially why they would go in the direction of corporate smooth for their logo, instead of sticking with the fun and whimsical brand that has served them well for so long. It may be too late, but the kids don’t like the new brand either.

They’ve cut down the characters in their name, but put those characters to good use elsewhere.Â Loving the illustration of the cityscape with type.

One of my favorite branding sites gets a fresh new look. It’s still a work in progress, but it’s working well and progressing quite nicely.

Where do they come up with these?

Cabel Sasser has collected some of his favorite fireworks packaging of 2009, pill which is apparently an annual tradition for him. I can honestly say I never really paid attention to the names of fireworks, but I sure will next time. Some of these are ridiculous.

Style web fonts in the browser and check rendering and beauty as you work.