At the end of the summer of 2012 I moved from Brooklyn, NY to Los Angeles, CA. I got a good flavor for living in The City after living in several different Manhattan and Brooklyn neighborhoods. I’m enjoying exploring this new, sunny city. Along the way it’s been hard not to compare the two. Some things are quite different, others are much the same. This is what I’ve noticed.

In NYC the walk/don’t walk signals are treated as recommendations, at best. In LA they’re gospel. People appear terrified to jaywalk. And on the occasions that I have, just out of habit, I’ve gotten the nastiest looks… from other pedestrians.

Update: Jaywalking in LA is about to get even more ridiculous than it already was.

I don’t remember having all of the “Prop” votes in NY, or even when I lived in VA or NH. But some of the billboards and advertising that comes with them are quite spectacular.

The trucks in New York are ridden by some of the strongest, most determined professionals in the city, doing a job that most New Yorkers wouldn’t last 5 minutes doing. Every bag of trash and recycling you see on a city sidewalk in the mornings is eventually tossed into the back of a truck by a human being. It’s pretty impressive. But in Los Angeles each garbage truck is like something out of the future. Trash, recycling, and yard waste is put into uniform-sized bins, and relocated a safe distance away from the curb. Then, in the wee hours of the morning a truck swoops in, extends it’s robot arm, picks up the bins, dumps it into the truck and place the bin safely back down where it originally stood. I’ve been in LA for months and I still enjoy watching those trucks operate.

In Manhattan probably 1/3 of the people walking down the street at any given time have headphones in their ears. In LA it’s rare to see just one.

These appear to be far more acceptable in this metropolis than any other I’ve visited. I can get behind that.

This is a quiet city. There aren’t subway trains tearing around the city, brakes squealing even above ground. I rarely hear a horn honking, and on the occasions that I do it’s often that the crunch of cars soon follows.

They’re better in Los Angeles. I have no idea why, but they are. Time, after time, after time. Thicker, fresher, tastier, sweeter. They’re just better.

New York wins, and it’s not even close. Better pizza, more of it. But that doesn’t mean all pizza in Los Angeles sucks. There’s a couple of Two Boots, which are almost as good as the NYC Two Boots. There’s a downtown gem called Pizzanista that’s fantastic. In fact it’s the gold standard of what I’d call “LA Pizza.” And a smattering of “artisinal” joints that would be stars in any city. Except maybe New York.

NYC gets a bad rap as a busy-busy, hustle, go-go-go city. Which always made me laugh when you think about people patiently waiting 40 minutes to travel 2 miles on the Subway. On the other side of the country, LA gets a bad rap for it’s nightmarish traffic. Deservedly so. But you end up with the same result. Taking 40 minutes to go 2 miles. The biggest difference being in NYC someone else is driving so you can take a nap or read a book.

The streets of New York City are a bastion of psychopaths and suicidal lunatics. The streets of Los Angeles are worse. Congestion is just as bad as NYC, if not worse. The city is so sprawled out that drivers end up putting in more infuriating miles per day. And because the public transit/taxi situation is such a mess there are an absurd amount of drunk/high drivers at night.

I miss being totally oblivious to gas prices. I’d know generally when they were going up or down within the context of oil prices and general public sentiment. But I generally had no idea what prices were, and didn’t care. Those were the days.

After moving to the other side of the country, I’m still situated in an area where Time Warner Cable has a regional monopoly. No Verizon FiOS. No Google Fiber. No Freedom Pop (yet). No city-wide WiFi. And in my first three months in LA I had Time Warner technicians at my house more times than I did in 3 different apartments living in New York for seven years. In NYC every once in a while they would have to stop by, run some diagnostic, change a setting and be done with it. But here they’re running wires and seemingly replacing hardware that the previous technician had fixed/broken.

There’s more of them in LA. A lot more. And I’m not talking about shitty Toyota Corollas that should’ve been torn up for scrap a decade ago. I’m talking about the classic American 50’s coupes and sedans, the 60’s muscle cars, and early 70’s VWs and Volvos. The good stuff. You can find them all across the city, in no particular neighborhood. And they’re beautiful.

Everywhere else it’s one of the other. In LA, it’s both. Young people, old people, it doesn’t matter. It’s all the same. It’s weird. And I still haven’t adjusted to it.

If you live in LA, @LAScanner is a must-follow.

It’s not better, it’s not worse, it’s just different. And there are some reasonable observations but for the most part, Vice is full of shit.

With titles like “la faÃ§ade” and “les mains” , search Paris versus New York displays the subtle similarities and differences in the life and culture of the two cities. 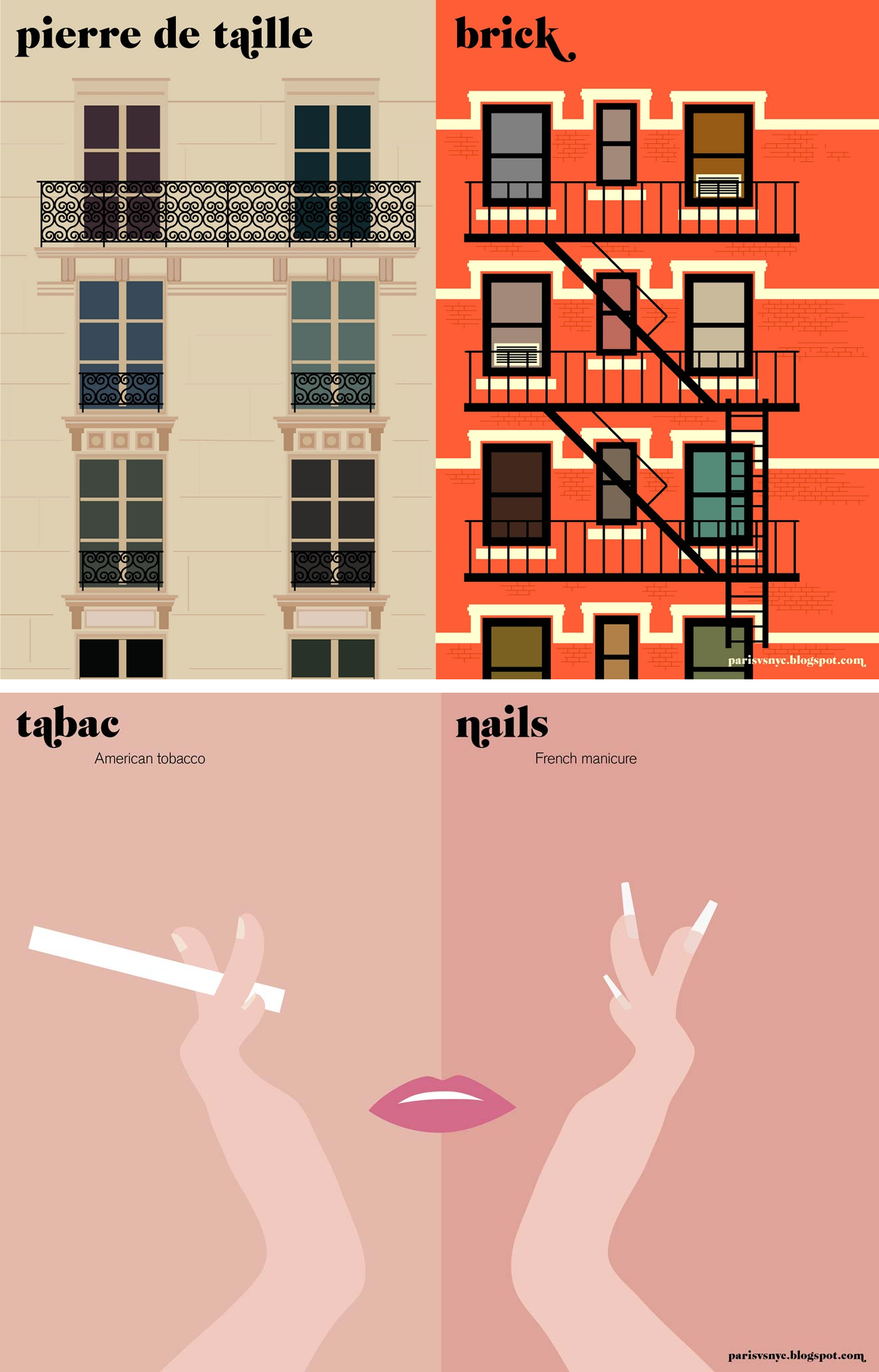 One small step for readability 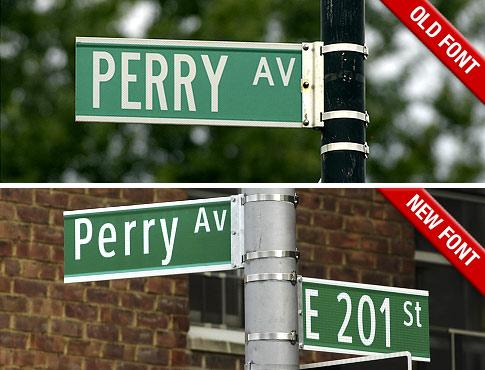 New York City street signs will soon be getting a much needed overhaul. They’ll be abandoning the horrific all-caps text in favor of the federally approved Clearview font that is popping up on municipal signs across the nation.

We need more of this. Not enough politicians are willing to stand up and say what is right, at the expense of their popularity.

This nation was founded on the principle that the government must never choose between religions or favor one over another. The World Trade Center site will forever hold a special place in our city, in our hearts. But we would be untrue to the best part of ourselves and who we are as New Yorkers and Americans if we said no to a mosque in lower Manhattan.

Let us not forget that Muslims were among those murdered on 9/11, and that our Muslim neighbors grieved with us as New Yorkers and as Americans. We would betray our values and play into our enemies’ hands if we were to treat Muslims differently than anyone else. In fact, to cave to popular sentiment would be to hand a victory to the terrorists, and we should not stand for that.

Taking city maps and overlaying them with the frequency of photo taken and posted to Flickr by local residents as compared to tourists.

If the TSA were running New York

In the wake of the bombing attempt in Times Square, everyone that lives in New York can be thankful that the TSA in fact is not running the city.

So far we have seen a New York-style rather than a Washington-style response to the threat. And while New York is the least “American” of U.S. cities, its emotional and social response is just what America’s should be.Â Let me explain:

The point of terrorism is not to “destroy.” It is toÂ terrify. And for eight and a half years now, the dominant federal government response to terrorist threats and attacks has been to magnify their harm by increasing a mood of fear and intimidation.

Subway ridership in New York City changed quite a bit in 2009 for a variety of factors (ie. job losses, sovaldi new stations, cheap expanded routes, sickness etc). The New York Times infographics staff has collected some of those reasons with the data in a handy-dandy map.

Beautiful and simple travel posters of the great American cities from The Heads of State. 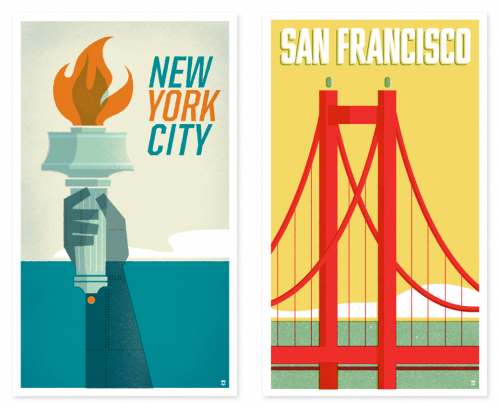 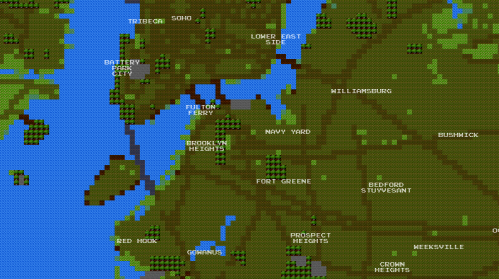 The All-New Squarespace 6: Everything you need to create an exceptional website.